Graph 1: Comparison of participation by men and women over the last 5 years

The graph below reflects the percentage of participation by men and women respectively, in the Tree of Life Healing and Empowerment workshops, from 2013 to 2018. 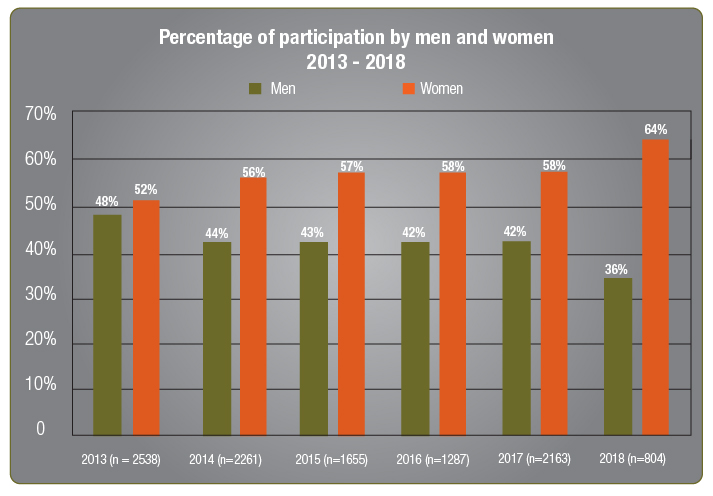 Graph 2: Comparison of Ages over the last 4 years, being Under 35 or 35 and above 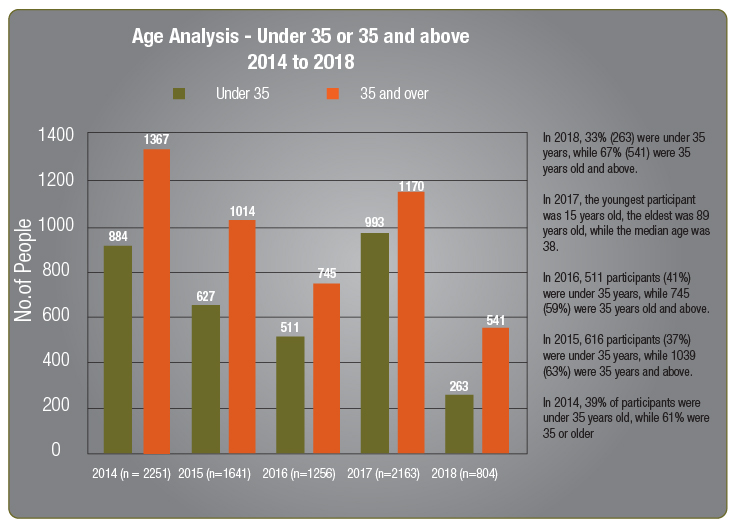 Tree of Life has an ethical duty to follow up healing and empowerment workshop participants, to check on how they are doing and to see if they have improved or are in need of further attention. These follow-ups are usually done 3 months after the healing workshops. Those in need of further support are either helped in-house or are referred to other professionals. While informal follow-ups happen continually, the formal follow-up is done by the administration of a post SRQ20 interview. This score is then compared with the clients SRQ20 score prior to going through the healing workshop. 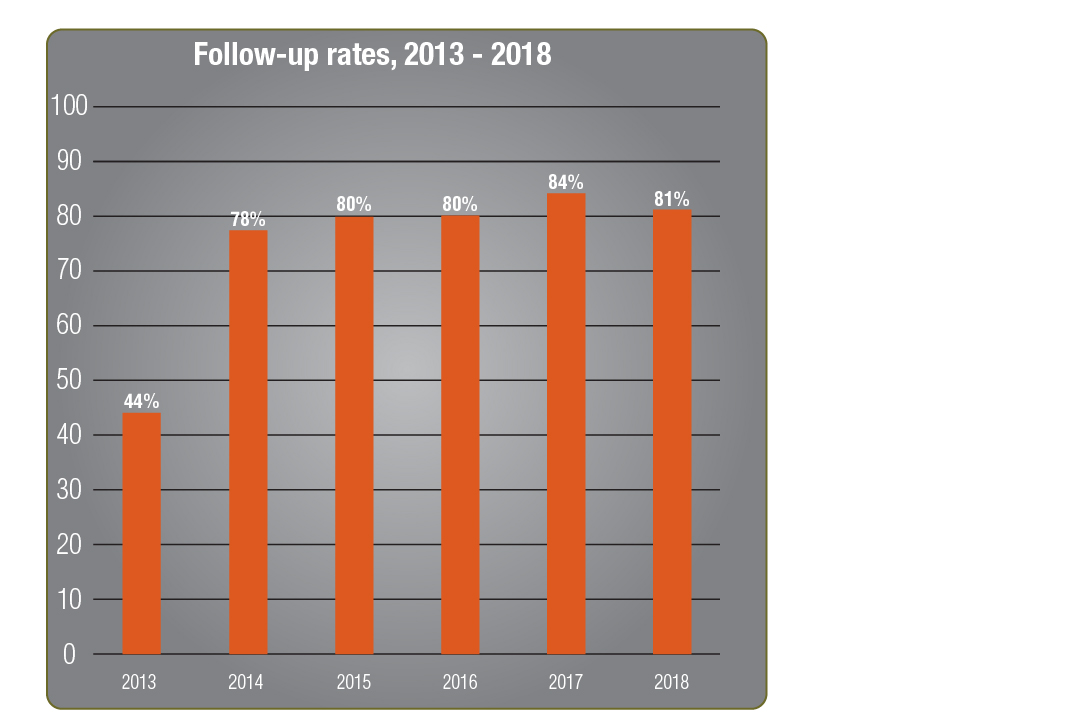 The graph below reflects the percentages of male and female Tree of Life participants who reported sexual abuse. The cases of men reporting have increased to 6.27% in 2018, up from 6% in 2017 and again, up from less than 1% in 2014.